Life as We Knew it by Susan Beth Pfeffer

I loved this book. I can't say enough how much I enjoyed it. I felt like this was realistic science fiction at it's best. \
The premise of the book is life after a meteor hits the moon. The meteor knocked the moon off it's orbit which caused worldwide tsunami's. After the tsunami's devasted all land touching water the earthquakes started along all fault lines. If that wasn't enough volcanoes from around the world started errupting causing poor air pollution. This is just the beginning of the worldwide catastrophes that continued. Loss of power, electricity, gas, heat!
I could not put this book down. It made me want to prepare for a disaster!
Posted by Lindsey Meyer at 11:35 AM No comments:

Death Curse is the final book in the Maze Runner Series. I have been eagerly anticipating this book for over a year! Death Curse follows Thomas and his friends from The Maze and The Scorch on their final trial for WICKED. The book is a thrilling tale following all your favorite characters. Thomas and Teresa are in a spat over WICKED. Is WICKED good as Teresa believes or is WICKED evil after all the hurt and destruction they have caused? Will WICKED ever find a cure for The Flare and will Thomas help WICKED. Tune in to get all the answers you have been waiting for.

I am hoping for a prequel to detail all about the construction of the Maze. Fingers crossed James Dashner is writing one!

I just read online that there is going to be a prequel called The Kill Order, read all about it here http://www.jamesdashner.com/
Posted by Lindsey Meyer at 9:59 AM No comments: 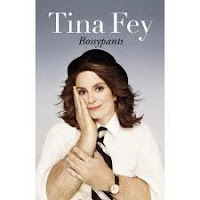 Tina Fey is undeniably brilliant so I had high expectations for this book. If you are a Tina Fey fan, you will love this book. Fey talks about her childhood in rural Pennsylvania, her early start in Chicago and her years at SNL before 30 Rock. I enjoyed learning about Fey's career, both successes and failures.
Towards the end of the book, Fey discusses her reign as Sarah Palin. I didn't realize how hectic her life was during that time period. However, it made for great TV and Bossypants was an enjoyable read.
Posted by Lindsey Meyer at 4:13 PM No comments:

Why I fight by J. Adams Oaks (Abe Book)

Why I Fight is the story of  Wyatt's journey with his Uncle Slade on the road. At age 12, Wyatt, is self sufficient. He prepares breakfast, lunch and dinner for himself and gets himself ready for school. It is typical for him to go days without seeing his parents. After a fire in his home, Wyatt and his parents end up staying in a shelter. Wyatt's Uncle Spade shows up and tells Wyatt to come with him. Wyatt, doesn't even hesitate before heading on the road with his favorite Uncle. The next few years are filled with long drives, different women and towns. As Wyatt continues to grow his Uncle Slade decides Wyatt would be an excellent fighter and begins to make money off of his nephew. This is Wyatt's story.

Overall, I thought they book was good. I had never read anything by this author before. Although the title seems geared towards boys I think both boys and girls would enjoy the story. Everyone deals with family drama at some time in their life.
Posted by Lindsey Meyer at 10:23 AM No comments:

9th period will be reading Nineteen Minutes by Jodi Picoult

Posted by Lindsey Meyer at 12:59 PM No comments:

I have been reading World War Z for over a week. I still haven't decided how I feel about this book. It is being turned into a movie as we speak and I know several Librarians who LOVED this book.
World War Z: An Oral History of the Zombie War by Max Brooks follows the progression of a fictitious war between zombified humans and the living. The narrator, a fact finder for the Postwar Commission, has compiled numerous interviews over the course of several years and has chosen to place them into a book for future generations to analyze the war. The stories, from all countries and all populations, show the true strength of humankind, and the powerful forces that guide all civilizations.
Max Brooks deserves credit for a new idea and innovative idea.  I have never read a book told in this format. There is no narrator in this novel. The books follows an interview format that slowly tells the story of how the Zombie War started, what happened among the chaos and how the war eventually ended. World War Z was definitely different, but I am still undecided on if I liked it.
Posted by Lindsey Meyer at 12:54 PM No comments:

I have always been told not to judge a book by its cover. However,  I have been hesitant to read this book for months based on the cover. I finally read The Looking Glass Wars and was pleasantly surprised by how much I enjoyed the book. The book is the tale of Alyss Hearts, Princess of Wonderland. I am not very familiar with Lewis Carroll's Alice in Wonderland so I found the story to be surprising as well as intriguing. The book opens on Alyss 7th birthday celebration in Wonderland and ends with Alyss as an orphan arriving in a strange lane called England. The author toggles back and forth between our land and Wonderland until Alyss one day rejoins her Queendom, Wonderland.
Posted by Lindsey Meyer at 9:52 AM No comments: