Where They Found Her by Kimberly McCreight I was really exicted to read this book after finishing Reconstructing Amelia by the same author. I thought this book was great and can't wait to see what else this Author comes up with.  Lots of twists and a great thriller!

Amazon Summary
An idyllic suburban town.
A devastating discovery.
Shocking revelations that will change three lives forever.
At the end of a long winter in well-to-do Ridgedale, New Jersey, the body of a newborn is found in the woods fringing the campus of the town's prestigious university. No one knows the identity of the baby, what ended her very short life, or how she came to be found among the fallen leaves. But for the residents of Ridgedale, there is no shortage of opinions.
When freelance journalist and recent Ridgedale transplant Molly Sanderson is unexpectedly called upon to cover the disturbing news for the Ridgedale Reader—the town's local paper—she has good reason to hesitate. A severe depression followed the loss of her own baby, and this assignment could unearth memories she has tried hard to bury. But the disturbing history Molly uncovers is not her own. Her investigation reveals a decades-old trail of dark secrets hiding behind Ridgedale's white picket fences.
Told from the perspectives of three Ridgedale women, Kimberly McCreight's taut and profoundly moving novel unwinds the tangled truth behind the tragedy, revealing that these women have far more in common than they could ever have imagined: that the very worst crimes are committed against those we love. And that—sooner or later—the past catches up to all of us.

Posted by Lindsey Meyer at 2:11 PM No comments:

The Stranger by Harlan Coben 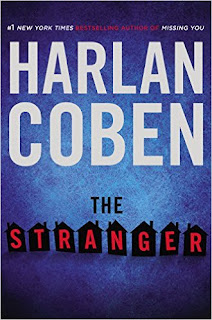 I have read every book Harlan Coben has ever written. Lately some of his books have become predictable and not as thrilling. The Stranger was Harlan Coben at his BEST. I was guessing up until the last page how the twists were going to turn out.

Amazon Summary
The Stranger appears out of nowhere, perhaps in a bar, or a parking lot, or at the grocery store. His identity is unknown. His motives are unclear. His information is undeniable. Then he whispers a few words in your ear and disappears, leaving you picking up the pieces of your shattered world.

Adam Price has a lot to lose: a comfortable marriage to a beautiful woman, two wonderful sons, and all the trappings of the American Dream: a big house, a good job, a seemingly perfect life.

Then he runs into the Stranger. When he learns a devastating secret about his wife, Corinne, he confronts her, and the mirage of perfection disappears as if it never existed at all. Soon Adam finds himself tangled in something far darker than even Corinne’s deception, and realizes that if he doesn’t make exactly the right moves, the conspiracy he’s stumbled into will not only ruin lives—it will end them.

Posted by Lindsey Meyer at 2:06 PM No comments:

The Silver Star by Jeannette Walls 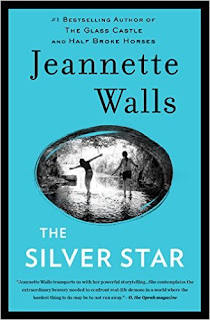 If I had not read anything else by Jeannette Walls I would have loved Silver Star, BUT since I have read Jeannette Walls other two biographical books I found this book a slight copy of her other books. The novel was well done and interesting but reminded me too much of The Glass Castle and not an original enough plot.

Amazon Summary
It is 1970 in a small town in California. “Bean” Holladay is twelve and her sister, Liz, is fifteen when their artistic mother, Charlotte, takes off to find herself, leaving her girls enough money to last a month or two. When Bean returns from school one day and sees a police car outside the house, she and Liz decide to take the bus to Virginia, where their widowed Uncle Tinsley lives in the decaying mansion that’s been in Charlotte’s family for generations.

An impetuous optimist, Bean soon discovers who her father was, and hears stories about why their mother left Virginia in the first place. Money is tight, and the sisters start babysitting and doing office work for Jerry Maddox, foreman of the mill in town, who bullies his workers, his tenants, his children, and his wife. Liz is whip-smart—an inventor of word games, reader of Edgar Allan Poe, nonconformist. But when school starts in the fall, it’s Bean who easily adjusts, and Liz who becomes increasingly withdrawn. And then something happens to Liz in the car with Maddox.

Jeannette Walls has written a deeply moving novel about triumph over adversity and about people who find a way to love each other and the world, despite its flaws and injustices.

Posted by Lindsey Meyer at 2:02 PM No comments: 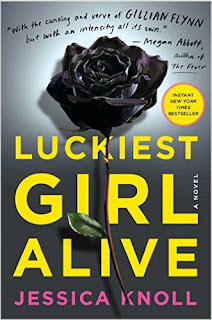 This book was on a list of books to read if you liked Gone Girl. I enjoyed Luckiest Girl Alive, but I do not think it was anywhere near as good or suspensful as Gone Girl. Good, quick read.

Amazon Summary
HER PERFECT LIFE IS A PERFECT LIE.

As a teenager at the prestigious Bradley School, Ani FaNelli endured a shocking, public humiliation that left her desperate to reinvent herself. Now, with a glamorous job, expensive wardrobe, and handsome blue blood fiancé, she’s this close to living the perfect life she’s worked so hard to achieve.

But Ani has a secret.

There’s something else buried in her past that still haunts her, something private and painful that threatens to bubble to the surface and destroy everything.

With a singular voice and twists you won’t see coming, Luckiest Girl Alive explores the unbearable pressure that so many women feel to “have it all” and introduces a heroine whose sharp edges and cutthroat ambition have been protecting a scandalous truth, and a heart that's bigger than it first appears.

The question remains: will breaking her silence destroy all that she has worked for—or, will it at long last, set Ani free?


Posted by Lindsey Meyer at 1:57 PM No comments:

The Rosie Project by Graeme Simsion 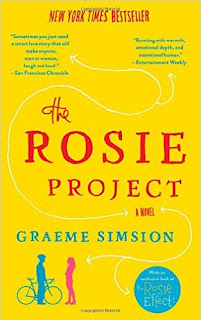 I loved this quirky book. If only you could hand out a survey and find your true love.
Amazon Summary
The art of love is never a science: Meet Don Tillman, a brilliant yet socially inept professor of genetics, who’s decided it’s time he found a wife. In the orderly, evidence-based manner with which Don approaches all things, he designs the Wife Project to find his perfect partner: a sixteen-page, scientifically valid survey to filter out the drinkers, the smokers, the late arrivers.

Rosie Jarman possesses all these qualities. Don easily disqualifies her as a candidate for The Wife Project (even if she is “quite intelligent for a barmaid”). But Don is intrigued by Rosie’s own quest to identify her biological father. When an unlikely relationship develops as they collaborate on The Father Project, Don is forced to confront the spontaneous whirlwind that is Rosie―and the realization that, despite your best scientific efforts, you don’t find love, it finds you.

Arrestingly endearing and entirely unconventional, Graeme Simsion’s distinctive debut “navigates the choppy waters of adult relationships, both romantic and platonic, with a fresh take (USA TODAY). “Filled with humor and plenty of heart, The Rosie Project is a delightful reminder that all of us, no matter how we’re wired, just want to fit in” (Chicago Tribune).
Posted by Lindsey Meyer at 1:53 PM No comments:

I am Pilgrim by Terry Hayes 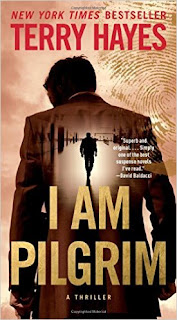 What a thriller! I could not put this book down. Chemical Terrorism in the U.S. Terrifying!

Amazon Summary
A breakneck race against time…and an implacable enemy.

An anonymous young woman murdered in a run-down hotel, all identifying characteristics dissolved by acid.

A father publicly beheaded in the blistering heat of a Saudi Arabian public square.

Smoldering human remains on a remote mountainside in Afghanistan.

A flawless plot to commit an appalling crime against humanity.

One path links them all, and only one man can make the journey.

Posted by Lindsey Meyer at 1:50 PM No comments:

One Shot at Forever by Chris Ballard ( Abe Book) 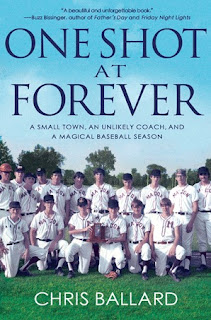 I was not looking forward to this book about a small town baseball team. I found myself really enjoying the story and rooting for the team. I think a lot of students would enjoy this read, especially the baseball fans.

Amazon Summary
In 1971, a small-town high school baseball team from rural Illinois
playing with hand-me-down uniforms and peace signs on their hats
defied convention and the odds. Led by an English teacher with no
coaching experience, the Macon Ironmen emerged from a field of 370
teams to become the smallest school in modern Illinois history to make the
state final, a distinction that still stands. There, sporting long
hair, and warming up to Jesus Christ Superstar, the Ironmen would play
a dramatic game against a Chicago powerhouse that would change their
lives forever.

Posted by Lindsey Meyer at 1:45 PM No comments: 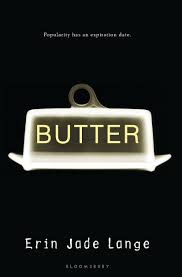 I loved this book. Such a unique concept and a page turner. My heart broke for Butter.

A lonely obese boy everyone calls "Butter" is about to make history. He is going to eat himself to death-live on the Internet-and everyone is invited to watch. When he first makes the announcement online to his classmates, Butter expects pity, insults, and possibly sheer indifference. What he gets are morbid cheerleaders rallying around his deadly plan. Yet as their dark encouragement grows, it begins to feel a lot like popularity. And that feels good. But what happens when Butter reaches his suicide deadline? Can he live with the fallout if he doesn't go through with his plans?
Posted by Lindsey Meyer at 1:27 PM No comments: