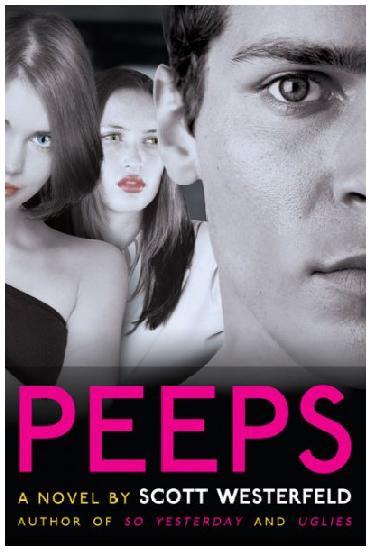 I just finished reading Peeps, after a student insisted I check it out.

Summary
Two days after arriving in New York for college, Cal loses his virginity to a girl who picks him up. From this encounter Cal picks up an STD, but this is an unusual one: it turns its victims into "peeps" -- parasite positives -- raving cannibalistic monsters with unusual strength, night vision, heightened senses, and an affinity with rats (you may know them as vampires). Cal himself turns out to be immune, but he's a carrier -- he gets the strength and senses without the nasty side effects. But before he knows it, he has infected others. Cal is recruited by the Night Watch, a secret government organization that has existed for centuries to contain the disease and its victims. His first assignment is to capture all the girls he's infected. But soon Cal realizes that there is more going on than he has been told: the disease is changing in response to mysterious forces from under the earth that are waking up after centuries of slumber. (http://www.commonsensemedia.org/book-reviews/peeps)
I thought the book was interesting. The best part of the book is the science information on real parasites currently affecting animals and humans today. The author has clearly done his research on different parasites and I was definitely intrigued.
If you like sci-fi, vampires, or conspiracy theories I would check this book out. There is a sequel called "The Last Days"